I’m sharing these quick and easy appetizer ideas as part of #TGIFGameDay. This shop has been compensated as part of a social shopper amplification for #CollectiveBias and TGI Friday’s.

We’ve been doing some fix-ups around the house lately, (new fire pit, media room wiring and painting) and hubby wanted to have a few people over for the big game this past Sunday. Sounded like fun to me, so I started planning!

We wanted to grill fajitas, make chips and queso, yummy lemon cupcakes (using my lemon curd recipe) and a recipe or two that I found in my appetizer search the other day…  Well sometimes life happens and we don’t always follow through with our grand plans.  I was busy throughout the week and forgot about my Saturday activities that kept me out of the house all day, from 8 am til past 10 pm.  I never made it to the store or did a bit of cleaning until Sunday.  (Thank goodness kick off-was not til 5:30.)

Luckily, a call to the nearest pizza joint that delivered and a quick trip to Walmart for some pre-made and frozen snacks kept me from stressing out (too much.) 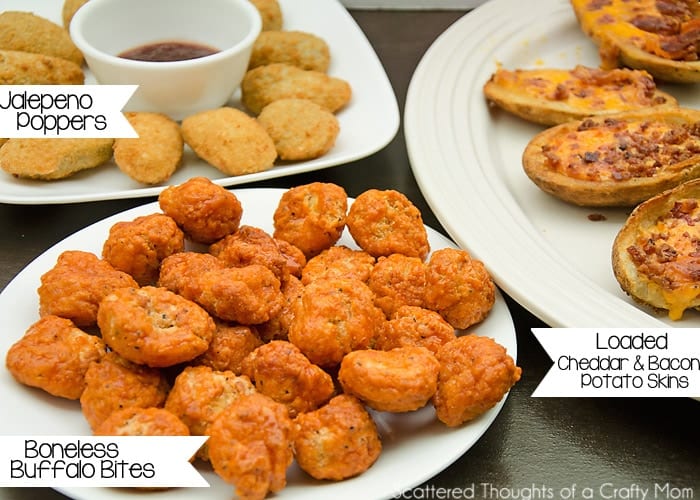 I happened to be at Walmart during an in-store demo of the TGI Friday’s appetizers. They were giving out samples of the Loaded Bacon and Cheddar Potato Skins and Boneless Buffalo Bites, yummy! I was sold and grabbed a box of each plus a box of Jalapeno Poppers and Spinach and Artichoke dip.

How good these look?  20 minutes in the oven was all it took… Thanks, TGI Friday’s! 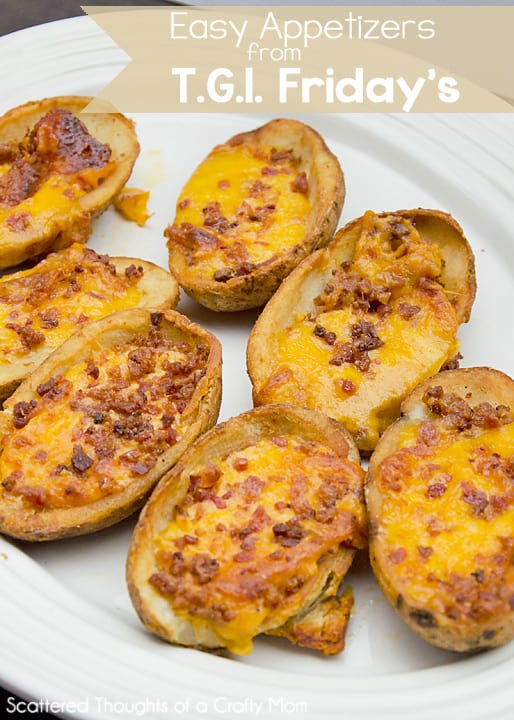 The game might have been a blow out, but it was a tie on who liked which appetizers best….  Kids like the Boneless Buffalo Bites.  (I only used half of the provided buffalo sauce so they were not too spicy.) 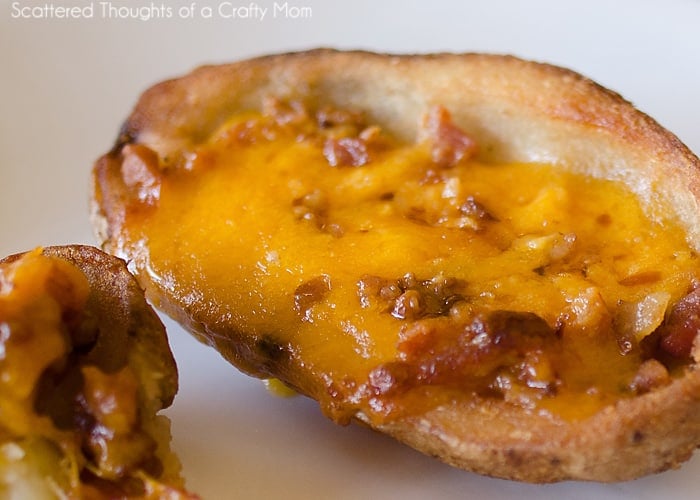 And surprisingly, I liked the Jalapeno Poppers.  The Raspberry dipping sauce that came with them was soo good! 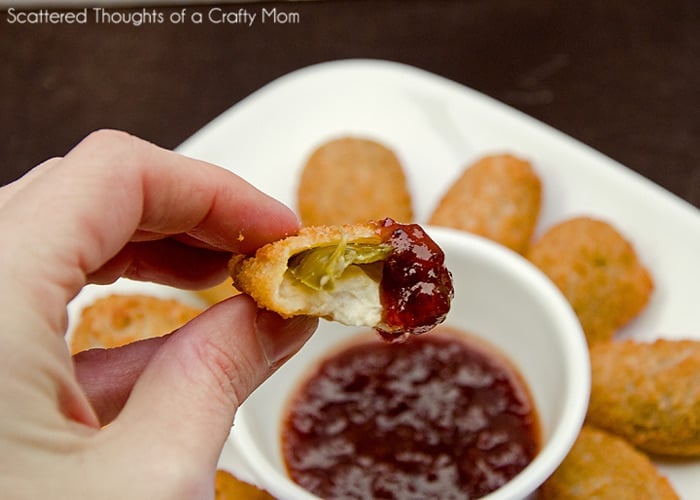 Have you tried any of the TGI Friday’s frozen Appetizers?  Which one is your favorite?

This shop has been compensated as part of a social shopper amplification for #CollectiveBias and its advertiser.