Skip to content
Whoo Hoo!  One costume down and one to go…  We had major flip-flopping costume plans this year.  First she wanted to be a flower, and then she wanted to be a gumball machine.  (No idea where that came from, but I had some awesome ideas involving old ball pit balls…)  She finally settled on a kitty cat costume.
I was actually very happy with that, because the kitty costume I had in mind was going to be much easier than the other two ideas. 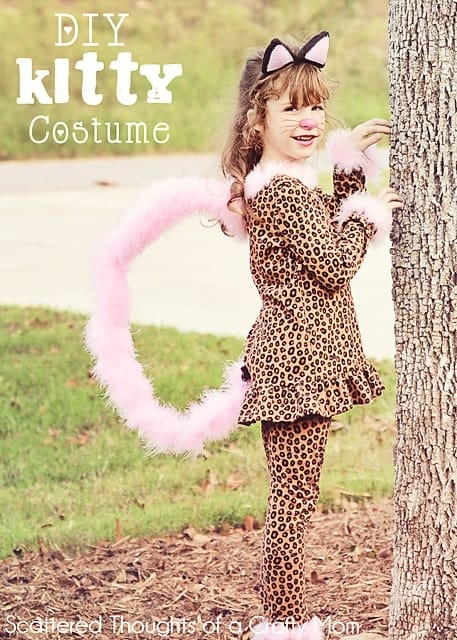 I originally was going to just put her in a solid tee and matching leggings, then tack the fur trim by hand, but when we were at hobby lobby looking at the fur trim, she spotted this leopard print knit fabric. 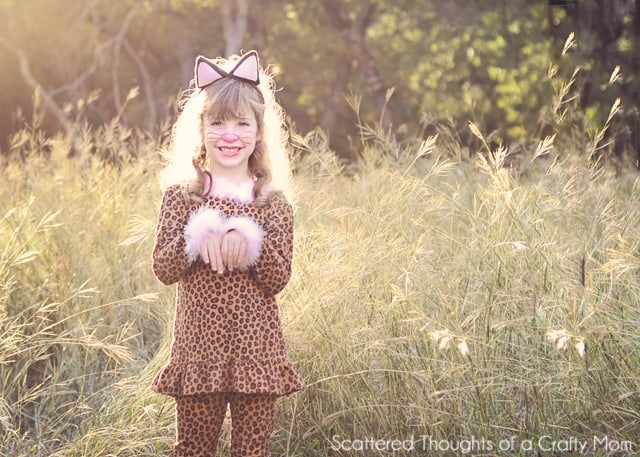 The fabric is darling (though I would prefer a grey leopard print, hint hint hobby lobby..)  I figured sewing leggings and a tee would be fairly simple.  And it was.

I used my flounce legging tutorial for the leggings.  (I just made them full length and left off the flounce.)

Then I used my dropped waist dress tutorial for the top.  (I made the sleeves long and shortened the skirt.) 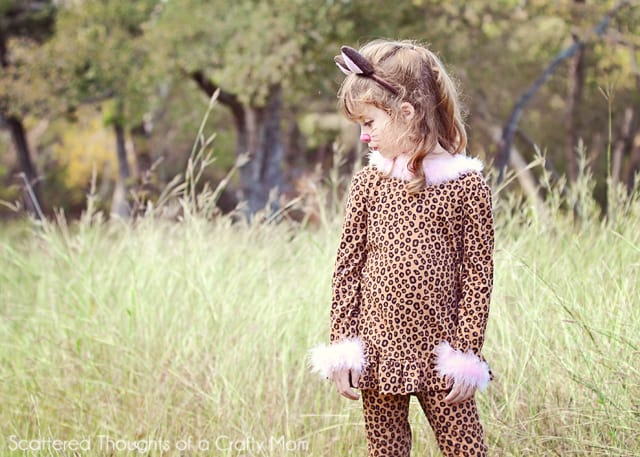 Then I hand sewed a little bit of fur trim around the sleeves, neck and ankles.  I originally had a little bit more fur down the front of her top, but I took it off as it was making the outfit look a little bit too holiday-ish. 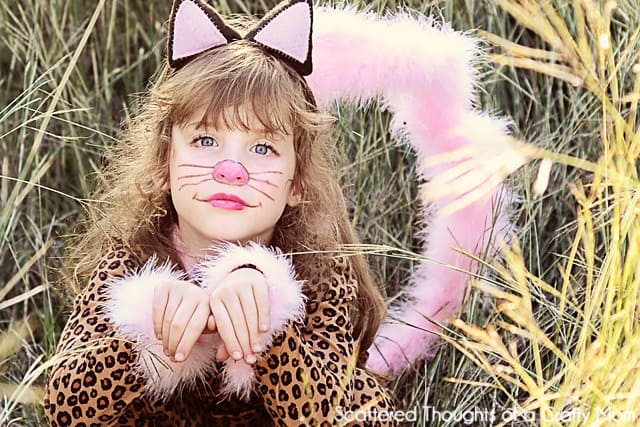 I’m not crazy about the make-up job I did.  I am going to have to search around the internet for some easy cat make-up tutorials.  I was going for a heart shaped nose, but it came out looking a little bit like a pig nose…

And of course you’ve probably seen the cat ear headband tutorial I did last week. 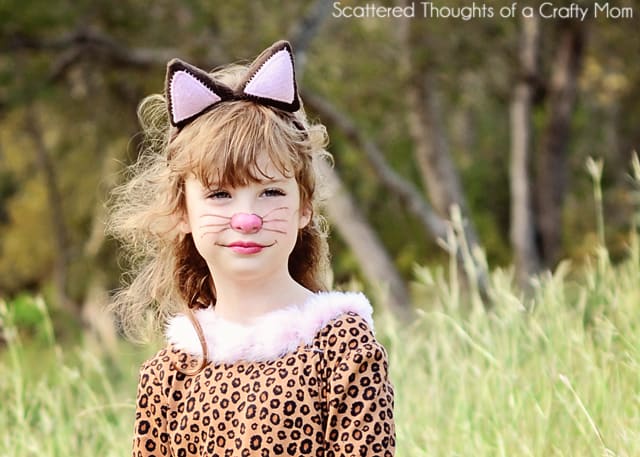 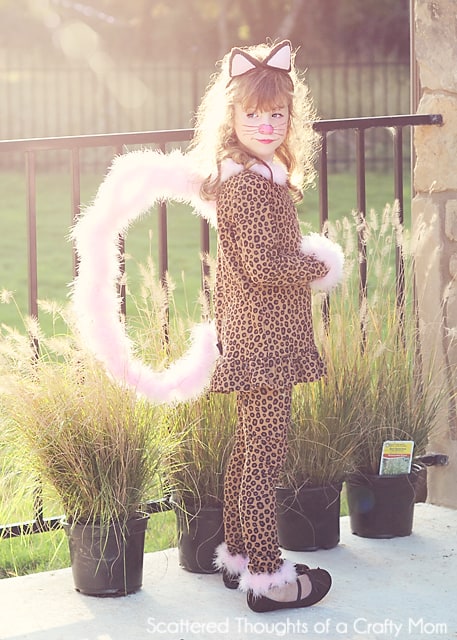 For the tail, I use a marabou feather boa.  I just wrapped the boa around some wire.  Then added a little felt hook to the top and bottom of her top. 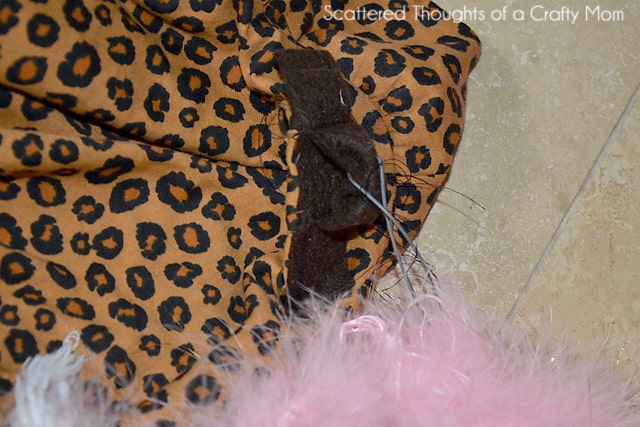 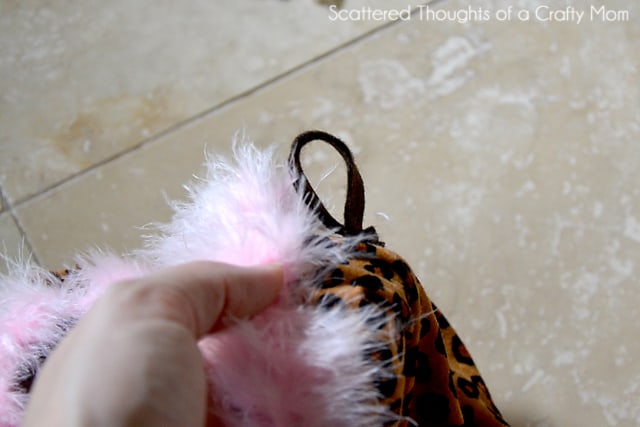 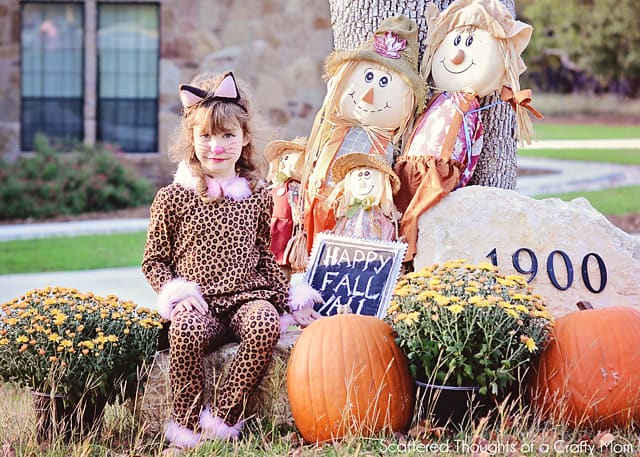 That is pretty much all there is to the costume!  The best part is when Halloween is over, I plan to remove the fur trim and walla, a new set of jammies!

What halloween sewing do you have planned?