My son has been on a Ninjago kick for some time now.  He knows when the new episodes are coming on and he insists that I record them on the DVR for him.

It was no surprise to find out he wanted to be a Ninjago Ninja for halloween.  The trick was to get him to settle on which one.  He went from White (Zane) to Green (Lloyd) to finally settling on the Black Ninja (Cole). 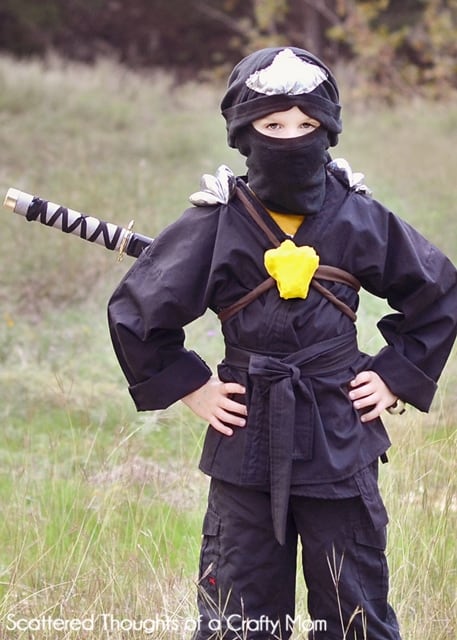 The costume was surprisingly easy to make. (If you are a non-sewer, a solid color t-shirt and pants would work just fine…)

Luckily he already had a karate outfit from an after school program we tried out this fall, so all I had to do was trace the top out on a little bit of freezer paper to make the pattern.  I made 3 pattern pieces, one for the sleeve, one for the back and one for the front.  I was going to make some easy pants too, but I remembered he already had these black hand me downs and they blended right in. (Yea!)

The way the sleeves are done on this top made it possible to sew up in a snap!

For the binding around the top, I made a very wide (7 inches) half bias strip for the front and neck binding. (To conserve fabric I only cut the part around his neck on the bias.)  And just “sandwiched” the fabric edges in the binding. 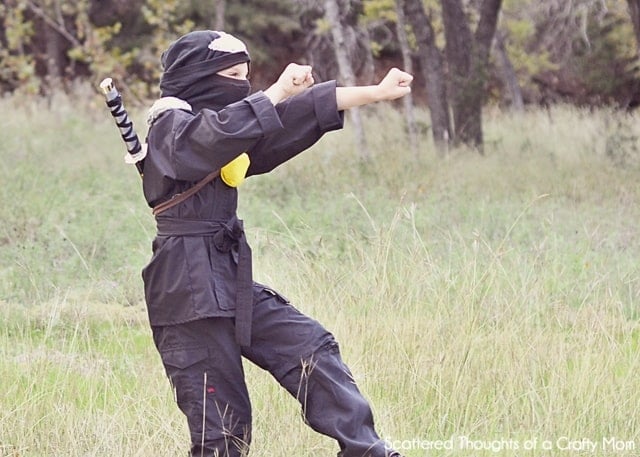 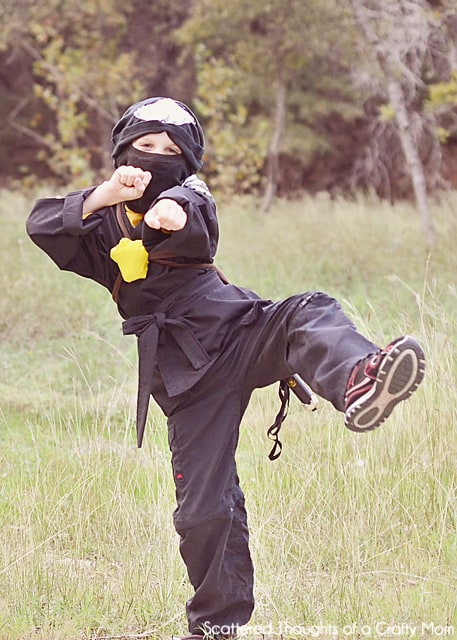 For the brown strip around his body, I used a piece of scrap brown knit fabric and for that yellow badge-y thing, I hot glued a yellow bandana to some wadded up tin foil. 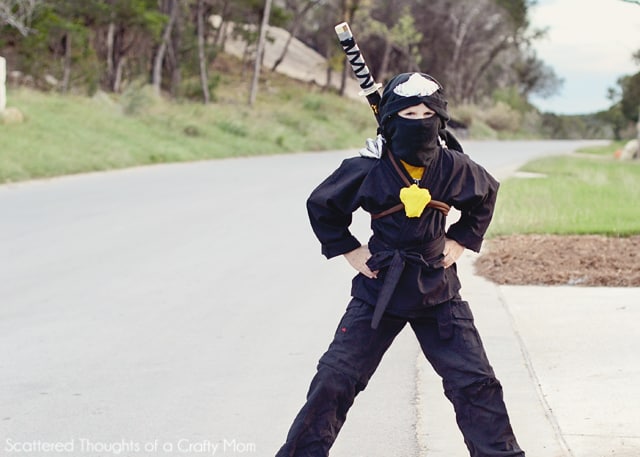 For the silver shoulder accents I made little pillows practically the same way I made these cat ears and hand stitched them on. 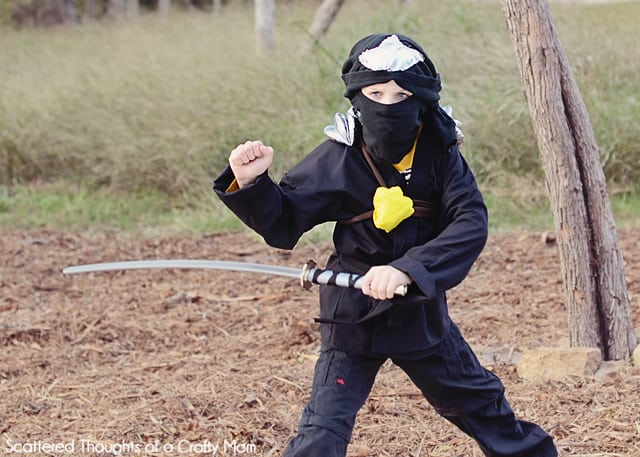 To nake the ninja hood, I just wrapped a black t-shirt around his head and stitched on a little bit more silver fabric 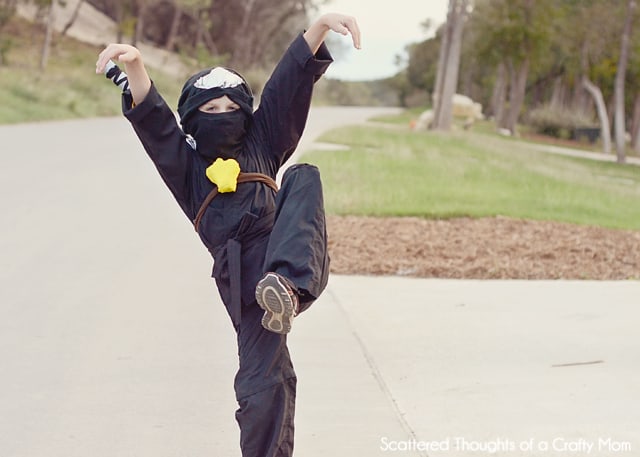 Here is his best Spinjitzu move: (This animated photo may not work on a mobile device…)

He thinks it’s pretty cool…  (BTW, if you want to make an animated photo, check out this tutorial.)

Anyone else have any little Ninjago ninjas running around this halloween?  Leave me a comment, I would love to hear about the costumes you are making!