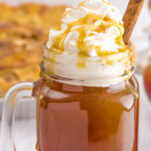 This Starbucks Caramel Apple Cider Recipe is my favorite non-coffee fall drink!  You don’t even have to leave the house to enjoy this tasty apple cider drink. 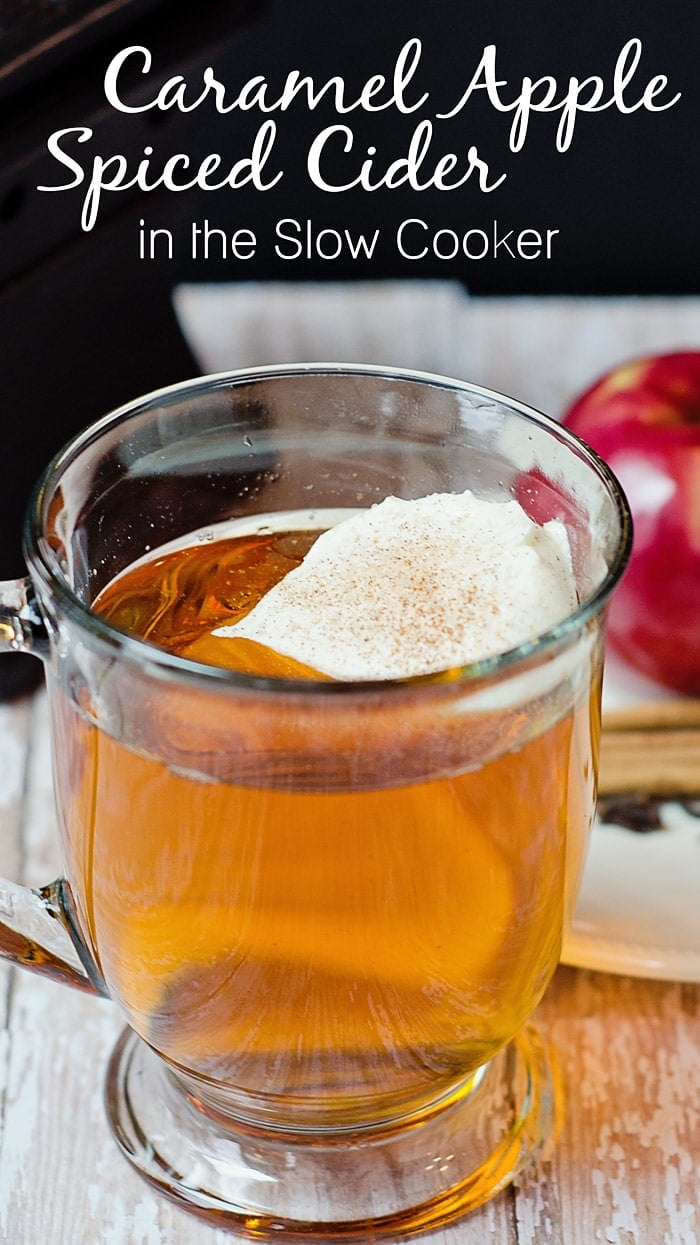 Have you ever had the Caramel Apple Cider from Starbucks?

I’m telling you, that drink is pure heaven!

It’s the perfect Fall/Winter warm drink option when you just don’t want coffee. (Seriously, if you’ve never had one, you need to order one next time you go to Starbucks.)

The good news is this Caramel Apple Cider Recipe is super easy to recreate at home. It’s made in the slow cooker and has just a few simple ingredients.

Ready to hit the grocery store to make your own version? These are the ingredients to add to you list:

I have another batch going in the slow cooker right now!

It’s the last day of school before the holiday break and I thought I would surprise the kids with a special treat.

They love this caramel apple cider too!

How to Make Caramel Apple Cider in the Slow Cooker

(Printable recipe card found at the bottom of the post)

Make sure to remove the cinnamon sticks an cloves from the apple cider at the end of the cooking time. Don’t be tempted to leave the cinnamon or cloves in the cider, the spices will become to overpowering. (It will smell awesome, but it won’t be drinkable – go ahead, ask me how I know this…)

Store your apple cider in an airtight container in the refrigerator. Stored properly, the cider will last five days.

Want to Make a Spiked Cider?

Interested in making your caramel apple cider more of an adult beverage?  Try adding a 1.5 oz shot of your favorite bourbon, spiced rum or even vodka.

When serving the apple cider, I normally drizzle caramel on top before serving, (that’s how Starbucks serves it,) but in today’s case, I forgot to add the extra caramel when I took this picture.

I thought about re-doing the photo, but sometimes, it just is what it is.

The lack of caramel drizzle didn’t stop anyone from trying the apple cider recipe.  😉

Like this slow cooker apple cider recipe? Don’t forget to pin it!

This Starbucks Caramel Apple Spice Cider Recipe is my favorite non-coffee fall drink! Now I don’t even have to leave the house to enjoy this tasty apple cider drink.

Feedly, Bloglovin', your favorite feed reader, or signing up via email and have new posts delivered to your email box each week!
1649 shares