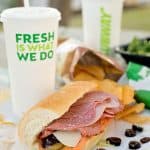 This is a sponsored conversation written by me on behalf of Subway. The opinions and text are all mine. 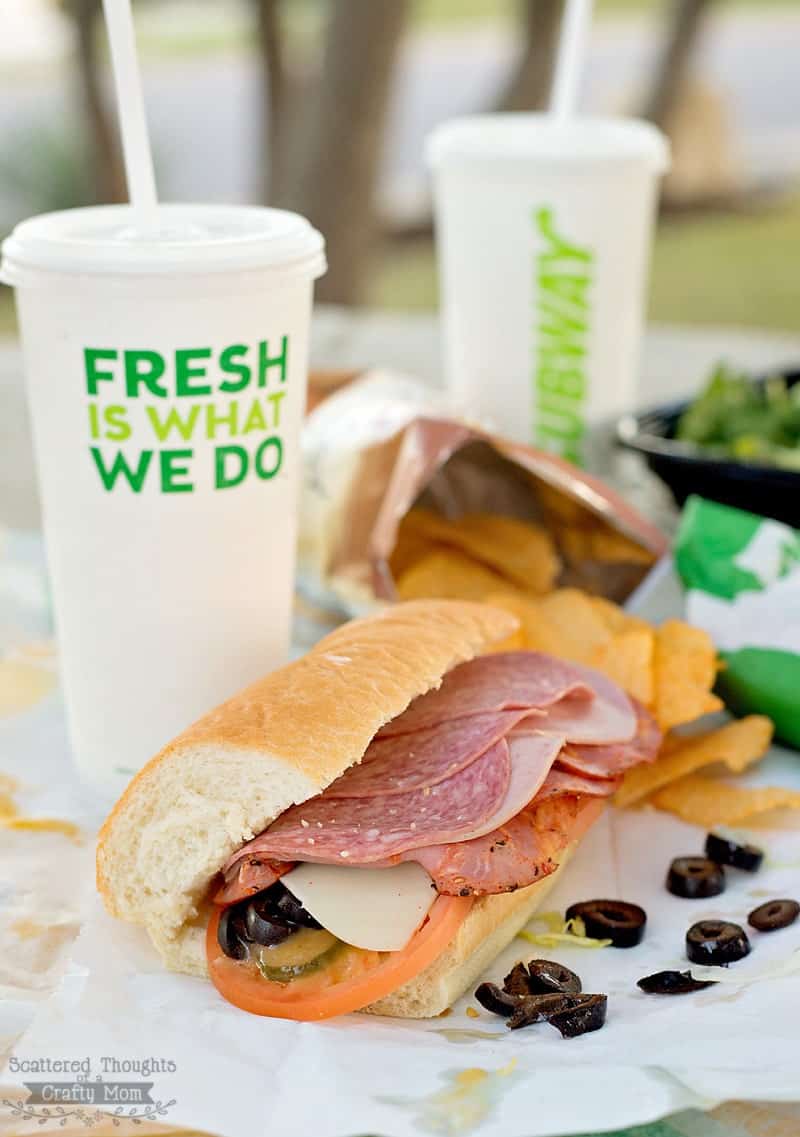 I don’t think I’ve mentioned this on the blog before, but my son has a few obsessions right now.

One obsession is Legos (which I’m sure is pretty standard for boys his age.) The Legos are everywhere in the house – you’ll find tiny little vehicles, mini figures and miscellaneous little Legos spread all over his room, playroom and shoved in pretty much every drawer around the house.

He is also crazy into watches right now – the bigger, the better. My Dad gave him an old leather watch last fall, and since then, he’s been requesting a different watch at every gift-receiving occasion and can’t stop spending his money on watches. (I’ll admit, he probably gets this fixation gene from me, as recently I had my own fixation with long necklaces and scarves. I went from zero necklaces to about 8 in the space of a month – gotta love Charming Charlie. 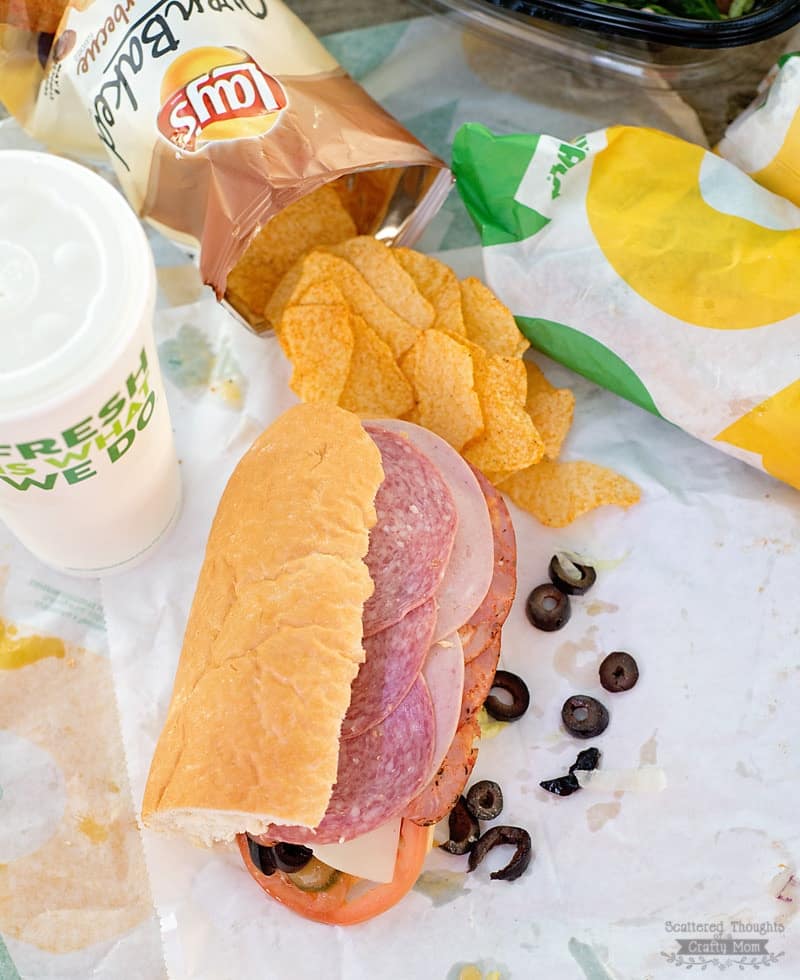 And what is obsession number 3?  You guessed it; it’s Subway!

I swear, it never fails… When I pick him up from his after-school program, the first very thing out of his mouth is: “Can we go to Subway?” Every time!!

I guess if he’s going to have an obsession with a restaurant, Subway is a great choice as it has always been a favorite of mine. Especially recently, as I love those fresh, made to order, chopped salads. (Back in my 90’s, when my hubby and I were first dating, we would split a $5 foot-long and sneak it into the dollar theater {back when dollar theaters were really a dollar, lol} and have a dinner and movie date for less than $10.)

More often than not, when he asks to go to Subway, the answer is usually no. I generally have dinner already planned and possibly even cooked by the time I pick him up.

His luck is definitely changing, with our move looming in the next few weeks, we have already been to Subway for dinner TWICE this week, and I predict we’ll go a few more times next week too.

On the last Subway visit, the evening was beautiful, so we made it a special outing and stopped at our favorite park to eat and have a few minutes of playtime.

Since it’s only available for a limited time, both hubby and son opted to try the new Italian Hero. (Pictured in the photos.) The Italian Hero features deliciously authentic Italian flavors and is stuffed with three Italian deli meats – Capicola (seasoned smoked and slow roasted cured pork) Mortadella (seasoned and cured with traditional Italian Spices) and Genoa Salami, (prepared in the old world traditions) and topped with provolone cheese, oil, red wine vinegar, and Mediterranean Oregano on freshly baked Italian bread. You can make it your own by adding your choice of preferred veggies. 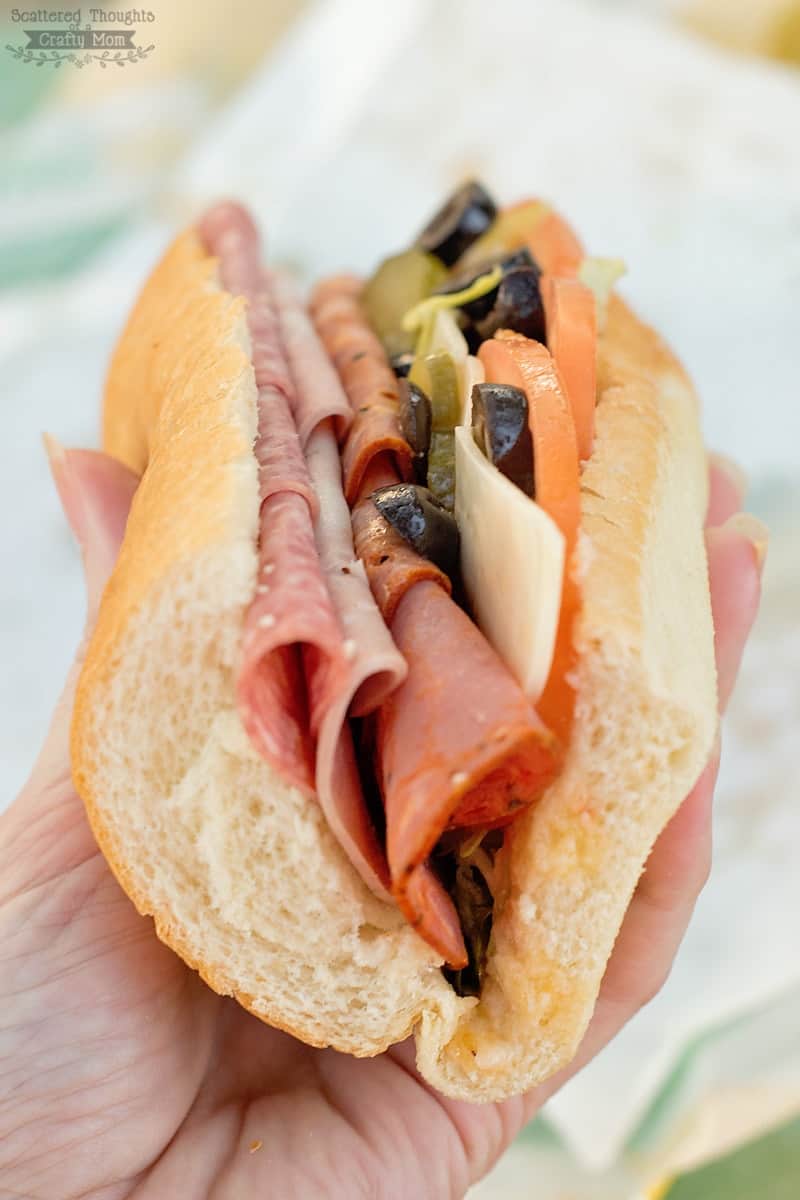 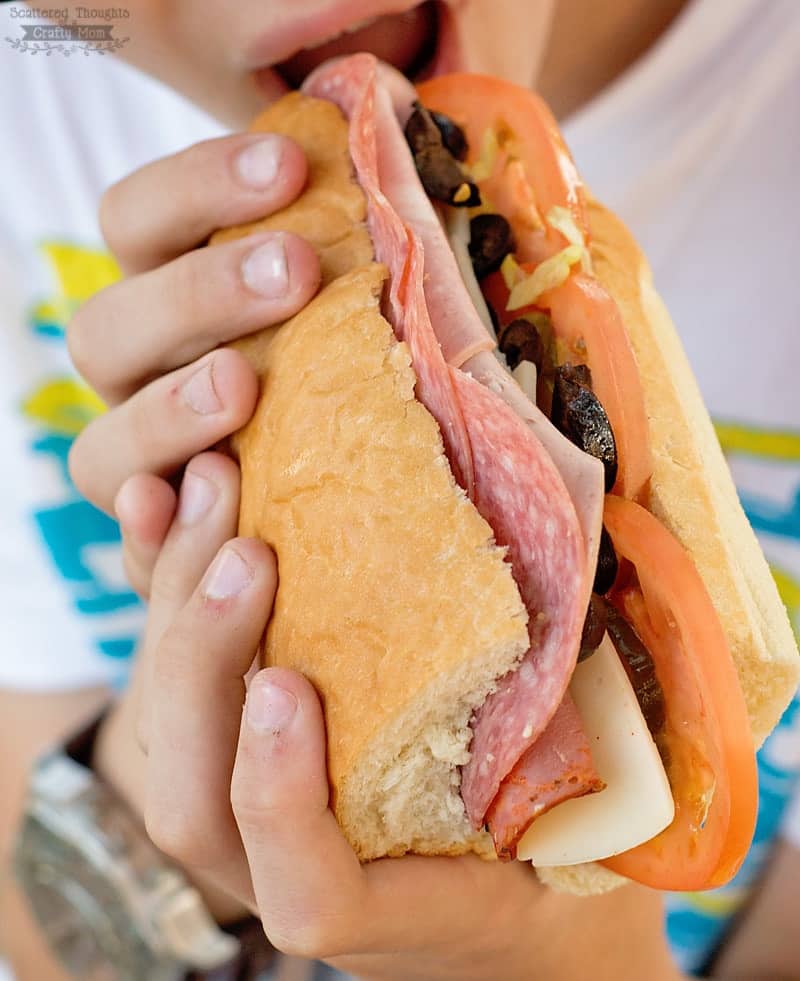 Now it’s your turn! Have you tried the Italian Hero yet? What’s your favorite Subway Sandwich?

This is a sponsored conversation written by me on behalf of Subway. The opinions and text are all mine.