How to make Clothespin Caterpillars: a super easy and fun kid craft! 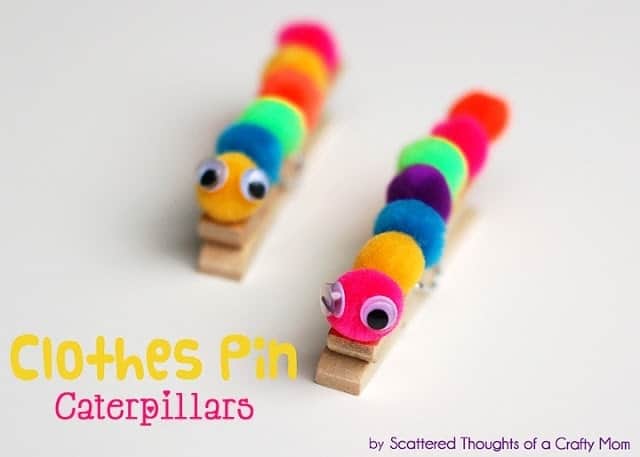 My daughter and I did this little craft using clothespins and pom-poms to make clothespin caterpillars last week.  Aren’t they adorable?

And yes, the craft is as easy as it looks.  All we used was Elmer’s Glue, clothespins, pom poms, and googly eyes.

I pretty much just set her loose on the craft, she was able to squeeze the glue on the clothespins herself, but you may need to do it for a younger child.  Then she added the pom-poms.  The googly eyes were kind of small, so I added those for her once her glue dried.

She loves to play with the pom-poms.  She calls them her babies (and I have been finding them everywhere…) 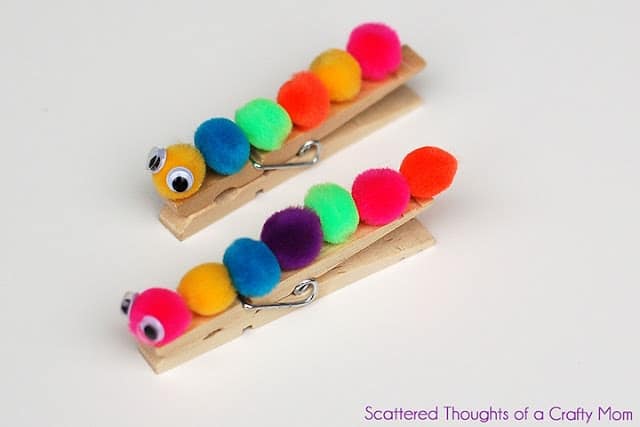 Feedly, Bloglovin', your favorite feed reader, or signing up via email and have new posts delivered to your email box each week!
1069 shares