We’ll be eating these later with vanilla ice cream! 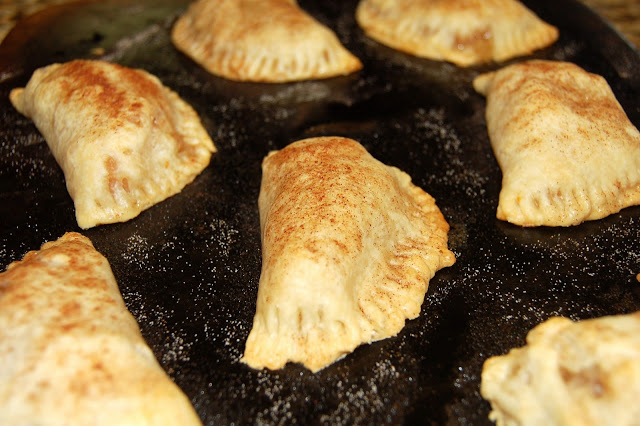 I had a sheet of pre-made pie crust that I had defrosted a few weeks ago.  I don’t even remember what I had originally defrosted it for, but I figured i better cook the pie crust before it spoiled.  I also had a can of apple pie filling leftover from Thanksgiving, so I threw together these mini apple pies.  For some reason food is just better when in a mini-version!

Rolled out the crust and used a small bowl to cut shape. 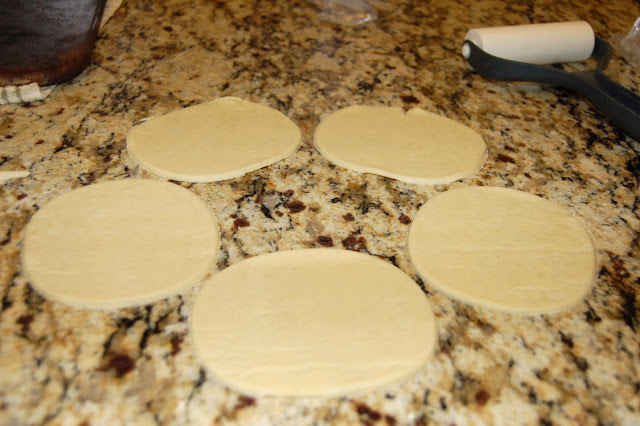 Chopped up the apples in the filling, so I could cram in more… 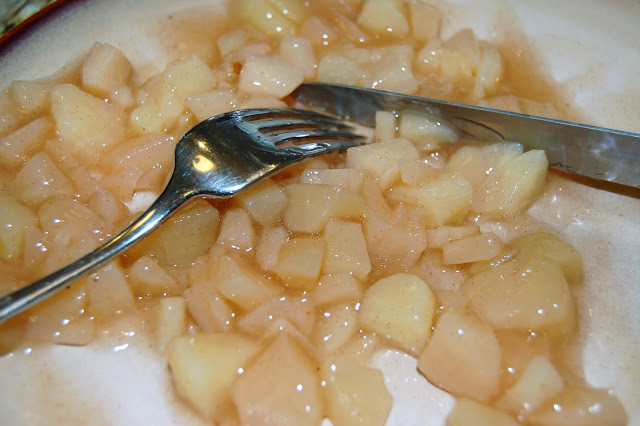 Couple of spoonfuls of filling, topped with extra cinnamon sugar. 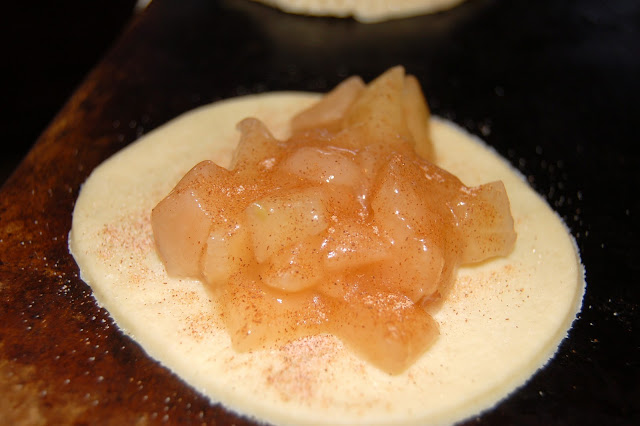 Folded together and sealed with a fork. 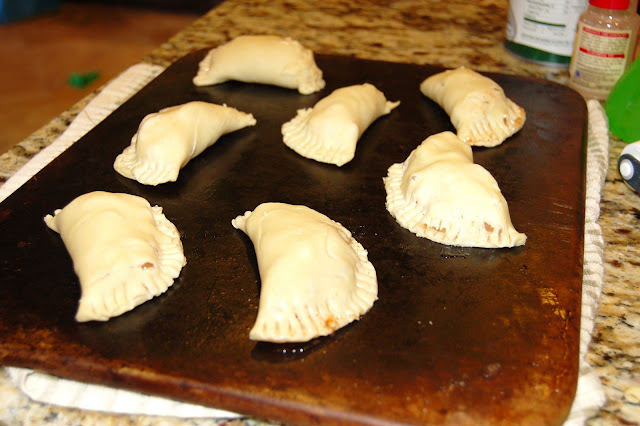 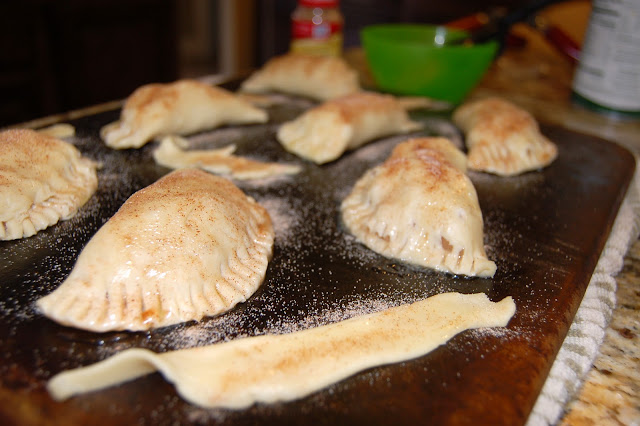 Popped into the oven at 425 degrees for about 15 minutes.

Ta Da!  Ready to be served with a little ice cream or cool whip..

I will be linking up to some of the parties listed here: